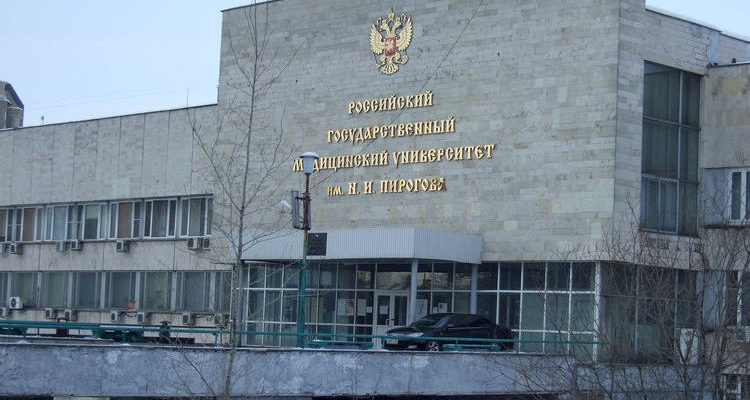 The Russian National Research Medical University named after N.I. Pirogov (RNRMU),earlier RSMU – is a reflection of all complicated processes that were taking place in the Russian society trough late 19th, 20th and early 21st centuries.

First lecture was delivered at our university (then called Higher Medical Course for Women (HMCW)) on September 26, 1906 (documentally confirmed), first “medichki” graduation (the course listeners were called like that) was in  spring 1912.

The course was incredibly popular. Thus, in 1906 medical faculty audience numbered to 206 people, in 1907 – 1908 years of study their number was 285 people.  Therewith, 2128 applicants for study at the medical faculty were rejected. So, the entrance competition equaled 8,5 people for one position.

Since HMCW medical department had been formed and up to February Revolution of the 1917 there were 1060 students trained.

Revolutionary events of 1917 gave an incentive to a new wave in the history of the high school in whole and Higher Medical Course for Women in particular. “Vestnik Vremennogo Pravitelstva” official edition (“Interim Government Herald” informed about transformation of women course into women universities draft legislation. But no practical implementation of the legislation followed. Moreover, 1917-1918 years of study started with big complications and in November the studies were dismissed. October 16, 1918 People’s commissariat board decreed “… to transform Higher Medical Course for Women into 2nd State University (2nd MSU), thus uniting them into one educational establishment of a mixed character without considering the former a new educational establishment”.

2nd MSU existed up to 1930. Then as a result of its reorganization 3 independent institutes including 2nd Moscow Medical Institute (2nd MMI) appeared. A period of intensive development started and lasted till the World War. New departments were formed; process of study was carried out on a faculty principle, practically each department created scientific student societies. With the first war days, right after the spring and state examinations were over, practically all the graduates were sent to the Red Army Forces. But during all war years 2nd MMI kept on training specialists. The USSR Presidium of the Supreme Soviet decree dated November 23, 1946 decided “… to honour the institute with the name of I.V.Stalin as on account of 40 years of its foundation”. From now on up to 1957 the institute was officially called “2nd MSMI named after  I.V.Stalin”.

The RSFSR Presidium of the Supreme Soviet decree dated May 30, 1957   read “…to honour 2nd MSMI with the name of Russian surgeon and anatomist N.I.Pirogov as dedicated to its 50th foundation and in 1966 on its 60th anniversary was awarded with order of Lenin and acquired a new name of  2nd  MOLSMI named after  N.I.Pirogov. Its present day name the institute got in 1991. According to the regulation of RSFSR Council of Ministers dated November 5, 1991 it was transformed into the Russian State Medical University.

We are to know our history and to remember about titanic efforts of our outstanding lecturers and our university employees of different years who worked and keep working for the university’s good name. This is hidden behind sour official data but is to bear in mind.